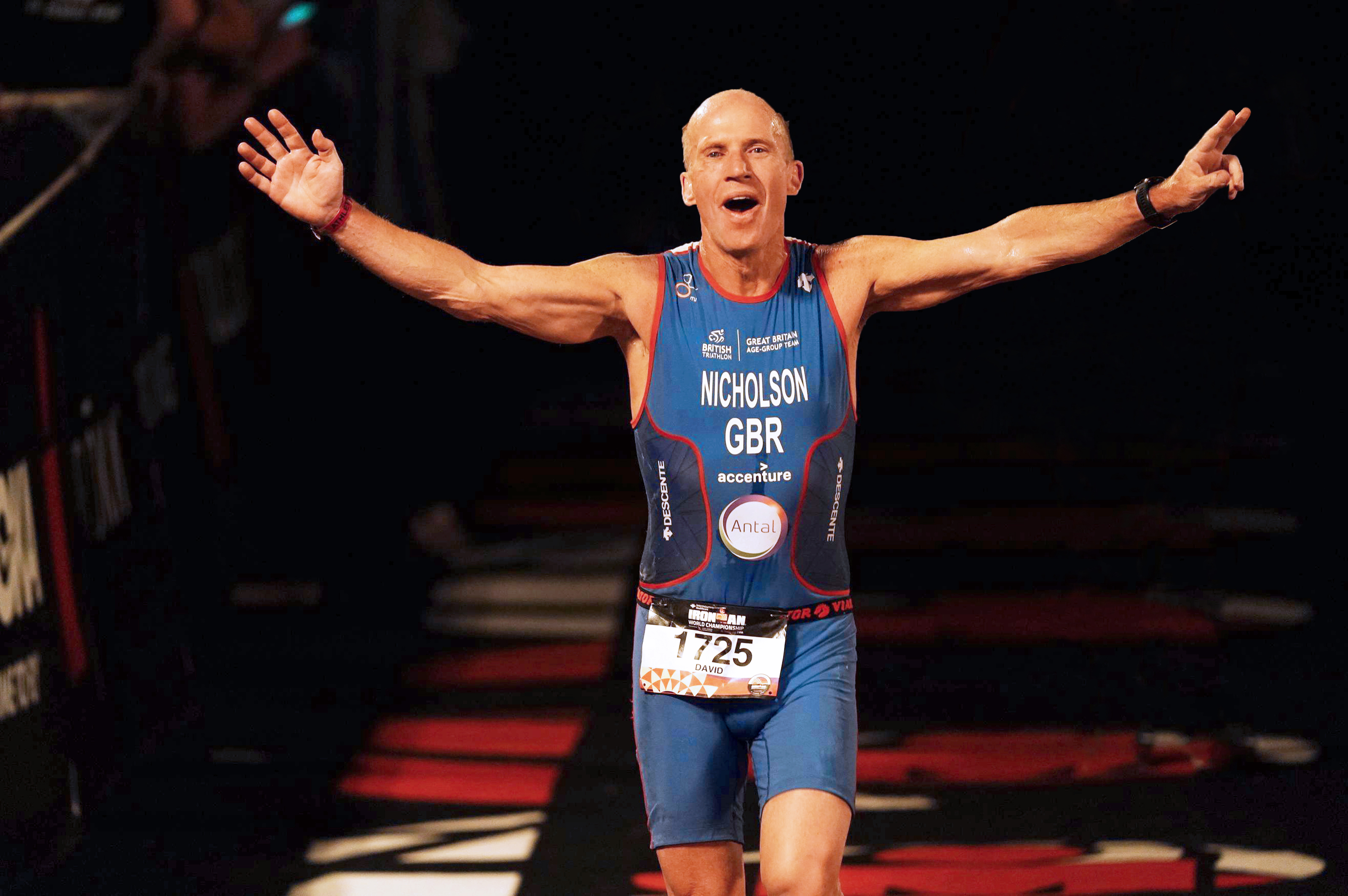 The other day I crossed the finish line at the Ironman World Championship in St George, Utah.

It was an unbelievable feeling. Literally. I found it almost impossible to believe that nine years after setting out to compete in my first mini triathlon, I was now surrounded by some of the world’s greatest endurance athletes, swimming 2.4 miles in an icy lake, cycling 112 miles on windswept mountains and running a hilly marathon along baking-hot streets.

For the past few years, I’ve trained every week with the entrepreneur Anthony Goodwin, founder and CEO of Antal International, one of the world’s leading recruitment agencies, with more than 130 offices in 35 countries, built up over 30 years.

I’ve run a successful journalism agency over a similar time, managing dozens of freelancers, working for many of the world’s leading publications and corporations.

We constantly compare the experience of breaking through physical barriers in sport with the way that an entrepreneur builds a business: the preparation, the attitude, the goal-setting, the performance.

So what are the keys to overcoming barriers to success in sport and business?

In 2013, I registered for the Olympic triathlon in Colonia St Jordi, Mallorca. The 1500m swim, 40km cycle and 10km run seemed hugely daunting. I was convinced that I’d either come dead last, or collapse from exhaustion. This fear was the greatest motivator! I hired a coach, trained hard, read all about triathlon and spoke to experienced triathletes for inspiration and advice. The race went well: I finished ahead of hundreds of others.

In 1993, Anthony Goodwin set up Antal recruitment from a tiny room in Putney, west London. He spotted a gap in the market in Central and Eastern Europe and opened offices in Moscow, Prague, Budapest and Warsaw with no guarantee that there would be enough business to sustain them. The potential penalty was financial ruin. Instead, his business prospered and soon he expanded the business dramatically.

In both cases, our goals were time sensitive: I had to compete on a specific date, come what may. Anthony had to pay office rental, staff salaries and expenses every month, or else.

A good coach can see potential in an athlete that they cannot see themselves. My first coach was an ex-football professional called Rory who would send me running up a steep hill 12 times in succession, until I almost fainted. The next week, the same exercise felt so much easier.

Today, my coach Rafal Medak has trained some of the world’s best triathletes. Over six years, his vision and patient encouragement has transformed my performances: I’ve competed for the Great Britain triathlon team, won a podium spot at a major event and World Championship qualification.

Thanks to great coaching, I can train productively, work hard on my business and spend time with my family – rather than being consumed by the pressure of sport and competition.

Anthony Goodwin often talks about putting faith in the people he employs: “It’s about taking the risk to trust people,” he says, and trust between international offices is central to Antal’s business ethos of sharing work and fees.

When I completed a second triathlon in 2013, in Llandudno, North Wales, a comment on social media pricked my curiosity: ‘Ironman triathlon next?’ To which I replied ‘In another lifetime…’

I’d barely heard of Ironman at that time, but soon began reading about it. How competitors would swim through choppy ocean waves, cycle up the Alps or run a marathon through Hawaiian lava fields. Tales at the limit of human endurance, of long years of training, optimising the human body and mind. I read stacks of books, signed up for training camps, entered successively tougher events. Little by little, my stamina improved, my weight fell, my confidence grew. And as I learned more about triathlon and immersed myself in the culture, I began to imagine completing, and becoming, an Ironman.

During our weekly runs, Anthony will say what’s on his mind: “I’m reading about surveillance capitalism,” he’ll say one week. “It’s giving me ideas for a whole new approach to business.” Another week, he’ll be engrossed in the prospects for Vietnam, where recruitment is booming. Or the potential of new online platforms, allowing Antal to reach lucrative new markets.

After 30 years running a business, his curiosity is undimmed. His visionary leadership inspires his employees worldwide.

In 2014, I decided to step up to the Bamburgh Castle middle distance triathlon, in Northumberland. After swimming double the expected distance, I had two punctures on the 90km bike and then plodded wearily through sand-dunes for the half marathon, finishing in 7 hours 34 minutes. The only person slower than me crossed the line hopping on one leg.

This could have signalled the end of my triathlon career, but I figured that things could only get better! Like the overweight person in the gym, who should be praised for taking the initiative rather than ridiculed for their size, I like to see the positive in all sporting activity. And as my darling wife Clare – who waited in the rain like a saint for those seven-and-a-half hours – likes to say: whatever time you do, it’s quicker than the person lying on the sofa.

In business, the same applies. Antal remains significantly smaller than some of its rivals, yet far bigger than others. The dynamism of its founder, together with the esprit de corps of its dozens of global offices and their evident pleasure in working with one another, gives the company an optimism and positivity to tackle the journey ahead. “The best is yet to come,” is Anthony Goodwin’s motto, which is reliably uplifting.

Signing up for an event is one important accountability factor: it obliges you to train, prepare, focus, manage your time, prioritise and perform.

It’s helpful to write a training diary to record your sessions, including your emotions, your physical sensations, how each session compares with previous ones and what you were thinking during the activity. I find that I develop mental strategies to deal with pain, exhaustion or discouragement. Writing them down helps to cement them in my mind. Or else I listen to other athletes. For example, three-time Ironman World Champion Jan Frodeno likes to repeat: “Be strong, present, grateful and confident.”

I have mementoes of my favourite races on display where I train, showing me what I’ve achieved and spurring me to overcome the next obstacle, break the next personal best. That’s another kind of accountability.

In business, Anthony Goodwin is constantly accountable to his customers and his employees and I think this brings out the best in him. They know that he’s devoted his whole career and life to the business, sticking with it even when he came close to losing everything. His personal accountability for the company and his determination to fight on its behalf is awesome and legendary.

It’s far more demanding and daunting than any Ironman triathlon could ever be.

Anthony Goodwin is founder and CEO of Antal International – www.antal.com – with more than 800 people in 35 countries.